Tyranny Has A Deadly Opponent

The County Sheriff is your last line of defense against enemies of the People.

Sheriffs are the Ultimate Law Enforcement Officers in America

Supreme Court case Mack/Printz v. US struck down the Brady Bill, reaffirmed the Tenth Amendment and upheld that sheriffs are the ultimate law enforcement officers. America’s 3,000 sheriffs have the power to deputize the citizenry and arrest usurpers of the Constitution. Such usurpers include county, state and federal agents, as well as their minions, who come to harm people living under the Sheriff’s protection. Sheriffs who know this can, and are, standing up to protect us.

Sheriffs are the Only Elected Law Enforcement Officers in America

By design, we control the most important resource to protect our rights. Sheriffs are elected by the people in the county. Police officers, state and federal agents are appointed by hierarchies. Our shield against tyranny, Sheriffs swear to uphold the Constitution, and can deputize the citizenry to defend the Bill of Rights.

Sheriffs across America are refusing to enforce unconstitutional mandates. They have told their Governors, Health Officers, and County Counsels that they will not exercise their authority to force the People to obey unlawful guidelines, requirements, orders, edicts, dictates, mandates and decrees. Coincidentally, many of these counties have stronger economies and lower incidences of hospitalizations for suicide, attempted murder, drug overdose, spousal abuse, child abuse and, yes, COVID-19 than counties in which the Sheriff is violating his oath. Is your sheriff part of the problem or part of the solution?

Learn what you must do to protect your rights. 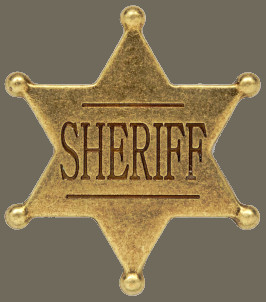 These events in November of 2021

are pivotal in the fight to stop tyranny

Do whatever it takes to get your county

Sheriff and deputies to these events.